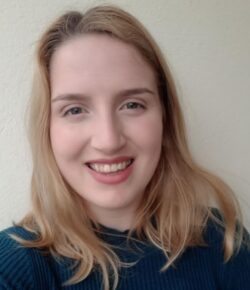 What timing! UCC launches beekeeper survey just as the Asian hornet is recorded for the first time in Ireland.

Atlantic Positive is a consortium of European beekeeper and academic institutions who began work in 2019 to tackle the problem of the Asian hornet. As part of the group, UCC is launching a survey to find out what Irish beekeepers know about the Asian hornet, if they would like to know more and if they would like to interact and share experiences with other European beekeepers.

The feedback from this survey will inform the future direction of the Atlantic Positive project in Ireland and how best to provide information to beekeepers and the public. Beekeepers are a crucial line of defence in reporting, monitoring and trapping hornets and their knowledge and input in this project is paramount to its success.

A single Asian hornet, an invasive species, was reported in Dublin earlier this month. Confirmed by the National Parks and Wildlife Service, this marks the first positive record of the species in Ireland.

While the discovery of a single specimen is not a cause for alarm, it has prompted a national alert as the Asian hornet is a predator of honeybees, wasps and other insects and is responsible for the loss of almost 50% of bee hives in some European regions. Disruptions to pollinators, through predation or stress induced by the very presence of hornets, may also have serious impacts on pollinator services and biodiversity.

Now that it is known that the Asian hornet can and will find pathways to Ireland, further research is needed to work out exactly what could happen if the species is to establish here and how prepared Ireland is to deal with the potential threat it poses to our native biodiversity, ecosystem services and beekeeping.

Atlantic Positive is an Interreg funded project which aims to investigate the biology and impact of the Asian hornet and to curb its spread and impact in the Atlantic Area. A key aspect of this project is its international, multidisciplinary approach.

Researchers and institutes in Ireland, UK, France, Spain and Portugal are working together, with their national beekeeper associations, government bodies, and other stakeholders, to share information, research and expertise on the Asian hornet.

UCC wants to hear from beekeepers in Ireland to evaluate knowledge gaps and to prepare for the potential threat the Asian hornet brings.

Beekeepers from the Republic of Ireland and Northern Ireland are encouraged to take part in this study.

To participate in the survey, you must be a beekeeper in Ireland and be 18 years of age or over. To take part in the survey please follow the link  https://forms.gle/V32My4ddiR4KMmeL9

For more information on the project, or for other enquiries, contact rhayden@ucc.ie