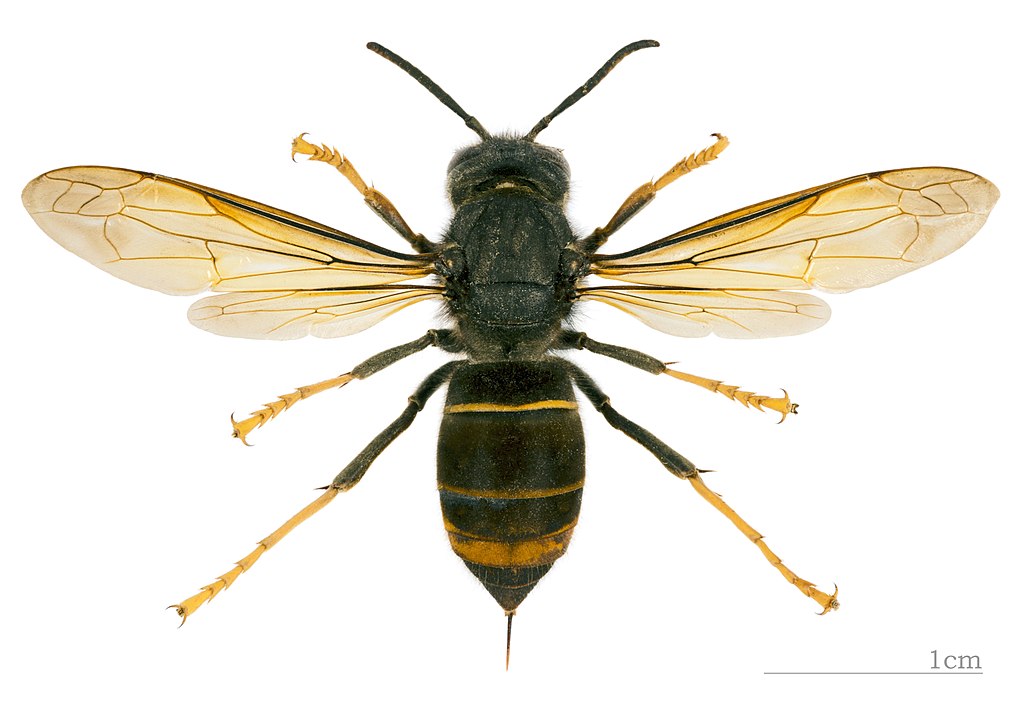 We will be updating this page as new information becomes available.
The aim is to provide you with easy access to information should you think you have sighted an Asian Hornet in Ireland and some guidance on what to do.

Be Prepared – Contact your neighbouring beekeepers (including non-members) and discuss plans for a local sighting of an Asian Hornet, using this guidance where appropriate.

Action to be taken on Sighting of Asian Hornet

If you think that you have sighted an Asian Hornet you are required to report your observations to the National Biodiversity Data Centre with a photo .

This can now be done in several ways:
Via an online form to http://records.biodiversityireland.ie/record/invasives or email invasives@biodiversityireland.ie.
They will take no further action until evidence (Asian Hornet sample or photograph) of the Asian Hornet is produced.
​
Contacting your Local Beekeeping Association may give you access to a group of volunteers that will help you in getting the evidence that is needed.

The Asian Hornets will often approach the hive from behind and remain underneath, emerging with a bee that had missed the landing board or ready to take a returning bee as they approach the hive entrance.  It is this moment, when the Hornet is hovering, that is the easiest time to collect a specimen.

This can be done using a child’s shrimp net and putting the insect in a jar or small bottle or by striking the insect to the ground with a racket of some kind before placing it in a jar.

The speed of flight of the Hornet is impressive and often the insect seems to disappear. Several pairs of eyes are helpful in tracking their movements.  Placing skirts around the base of the hive is helpful in keeping the Hornets more visible.
This is now routinely done in France.

Once the Hornet has collected a bee it flies a short distance (2 to 5 metres) to a bush, bracken or branch.  Whilst hanging upside down by its long back legs it butchers the bee by first removing its abdomen and then its head.  This process takes a little under a minute.  If there are no physical barriers to the contrary the Hornet will now fly directly back to its nest.

A compass bearing of such a flight will give a good indication of the nest’s direction.  Two or more of these flight lines from different positions will allow a triangulated position of the nest to be obtained.

Remember that this is not just your problem – it is everyone’s problem.

Branches are encouraged to support members in the following way:

How to make an Asian hornet monitoring trap

The debate about Hornet Traps:
Do they do more harm than good?

After a single find of a Asian Hornet nest Nr. Tetbury, Gloucestershire in 2016  there was enthusiasm amongst beekeepers to set out various design of trap across the country especially to capture new queens emerging from hibernation.

12 months later with another find of a nest in North Devon, thinking changed.  Maybe these traps are not a good idea.  Here is a list of anxieties and points to consider if they are used.


Proposed and draft  principles on the use of bottle hornet traps

There is a lot to learn about managing this serious alien invader.