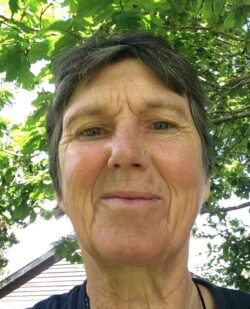 In May 2018 the EU introduced a ban on all outdoor uses of three neonicotinoid pesticides, clothianidin, imidacloprid and thiamethoxam. That ruling was appealed by chemical giant Bayer, on the grounds that it could have ‘far-reaching consequences for the certainty and predictability of active substance approvals in the EU’. On Thursday May 6th 2021 the European Court of Justice ruled that the EU Commission was entitled to ban the use of neonicotinoids on outdoor crops, and that, in the case of uncertainty, it is entitled to make such restrictions.

The Luxembourg – based court also confirmed that the EU executive was entitled to make use of the recent findings of the European Food Safety Authority, and that any new scientific and technical information should be considered in order to review the approval of a pesticide. The court also ordered Bayer to pay legal costs incurred by environmental groups who defended the decision.

Policy officer Martin Dermine of Pesticide Action Network (PAN) Europe, who presented arguments to the court for the ban, said

“The Court confirms the definition of the precautionary principle; in case of doubts on the toxicity of a pesticide, the European Commission is entitled to ban it”.

Greenpeace EU legal strategist Andrea Carta said that the ruling has “reaffirmed that protecting nature and peoples’ health takes precedence over narrow economic interests of powerful multinationals and that the precautionary principle is a cornerstone of EU law. “That means the EU has a responsibility and the power to ensure the safety of all pesticides, chemicals, GM crops and other dangerous products and substances.”

Bayer reiterated the safety of its’ products, which have been approved by regulatory bodies worldwide, stressing the ‘value that these products have for farmers in managing pests effectively ‘. The company will continue to offer neonicotinoid products in other regions, where “appropriate risk mitigation measures are applied to ensure that products are used safely and effectively without adverse effects on people or the environment.

While the ban is good news, article 53 of the EU Regulation on Pesticides gives member states the right to grant an emergency derogation. This allows them to authorise the use of banned products for up to 120 days ‘if such a measure appears necessary because of a danger which cannot be contained by any other reasonable means’. Countries are required to inform the EU Commission of their decision to grant a temporary derogation. Since 2016 more than 200 have been granted.